A contribution from Sebastian, founder and owner of LWA. He gives a brief insight into how we, together as a team and with the support of a unique community of participants, are manoeuvring LWA through this special 2020.

Sometimes, to tell a story in its entirety, you have to go back a little. At the beginning of July 2019, extraordinary Tyrol courses were behind us - or so we thought. The following year, this 2020, which we will all probably remember for a long time, was to show that there was still room for improvement in the extraordinary.

Let's stay for a moment in 2019: We had 10 days just below the flood limit in Tyrol in June, when it felt like midsummer. Due to the late snowmelt, these were by far the most sparkling, massive and, for our participants, the most challenging Tyrol courses to date. 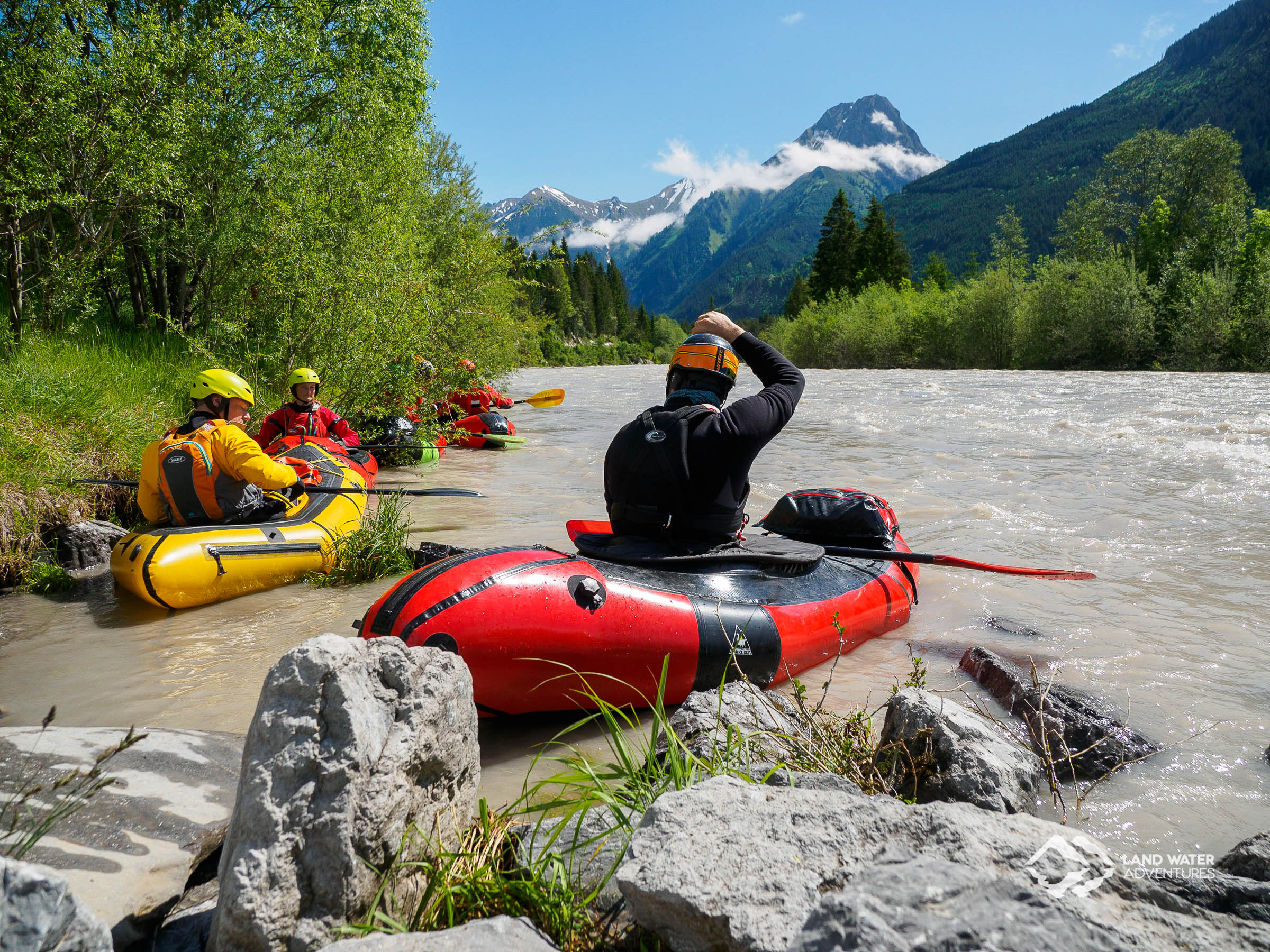 It was then quickly clear that we wanted to set the date 2020 a little later and so they were quickly determined: Tirol1-2020: start on 11th June, Tirol2-2020: start on 15th June, etc. How important these dates would become one year later was not yet clear at all.

The fast forward to April/May 2020 skips some things: The world is experiencing the beginning of a pandemic, Europe its lockdown and we at this point the existential question of the future of LWA. When during the month of May it became more and more clear that we would probably do our day courses at the end of May and that we would not be allowed to go to Austria but to paddle in Bavaria, we started to revive. And we were permanent guests on the corresponding official websites in the next weeks.

In a feat of strength that only works in such times, Andi and I never let go of the phones and between the far north and the southwest the idea of the first and maybe only freestyle whitewater packrafting course was born. In the foothills of the Alps, between Kochelsee, Mittenwald and Garmisch, north of the suddenly relevant border again, but close enough to it to be able to cross over into the new-faraway Austria as soon as the border opens.

Just before the start, I myself went to Bavaria incognito, in May, to complete our puzzle. Then our course was set. Or at least there were enough ideas for overnight stays and rivers, with which we could react flexibly enough. Because no campsite wanted to let us book, Bavaria was still very closed at that time.

When I, with my paddle in my hand, walked alone on the B2 from Mittenwald to Scharnitz to the put-in and could hear the birds chirping and the rushing of the Isar river on this actually very busy road, I became aware once again of the unusualness of the time.

And then it was clear: We are doing the (actually) Tirol1 course in Bavaria, without firmly promised camping sites, without a fixed course schedule, but with a lot of energy and enthusiasm.  It felt a little like that famous beginning, which, as Hermann Hesse so beautifully wrote, has a magic in it.
And our booked participants? There it was in front of me: a list of people who had been looking forward to a few days in Tyrol, some of them since late summer 2019. And when I typed the first lines of the mail about the freestyle tour, there was already some excitement: Can we do that? Are they with us?

Yes, they are! Just like the reactions to the cancellation of the Hunsrück and Bayerwald at the beginning of the pandemic, we were again lifted by the reactions to a wave of euphoria before the start of this tour. Two of them were even added at short notice, with the quote: "Freestyle with Andi and you: I must experience that!"
Und diese Freude, diese Flexibilität der TeilnehmerInnen sollte bleiben – sie hat uns durch die Kurse getragen.

Then there were long days of waiting to see if everything would stay as planned. In the meantime, the original restrictions in Bavaria were relaxed by 5-member sports groups and it looked as if we could even be on the road as a whole group.

And then it was sometime on June 10th, in the middle of the night, in the pitch darkness of a rainy car park in southern Bavaria, when Andi, after a little more than 900 km, parks right next to me - I had just arrived, too - and he is chanting down the window of his bus, we have a short fistbump among good friends without many words, arrange to have coffee the next morning and both fall into the pillows.

With each participant who arrived during the next day, what we were doing became more real and the whole concentration of the planning phase slowly turned into joy. And then in the evening, after a sunny day on the water, as we watched the sunset on the lake, we slowly got the feeling that a real and unique journey had begun here.

It should remain special; to a certain extent, unplannability has also meant freedom. But how this first freestyle course went on until June 14th, we - or the 8 positively crazy people who got involved with us - better tell you about it at the campfire. Just this much: The days were lively and sunny, the evenings were convivial, the mornings cosy, the coffee and croissants good, the troupe simply brilliant and these special days in the south of Germany in this special time will also be remembered by us, Andi and me, for a long time.

Some of the participants had to say goodbye, some of them came along to the next stage. Because our journey continued, a border was waiting for us.

As always, actually! In special times. 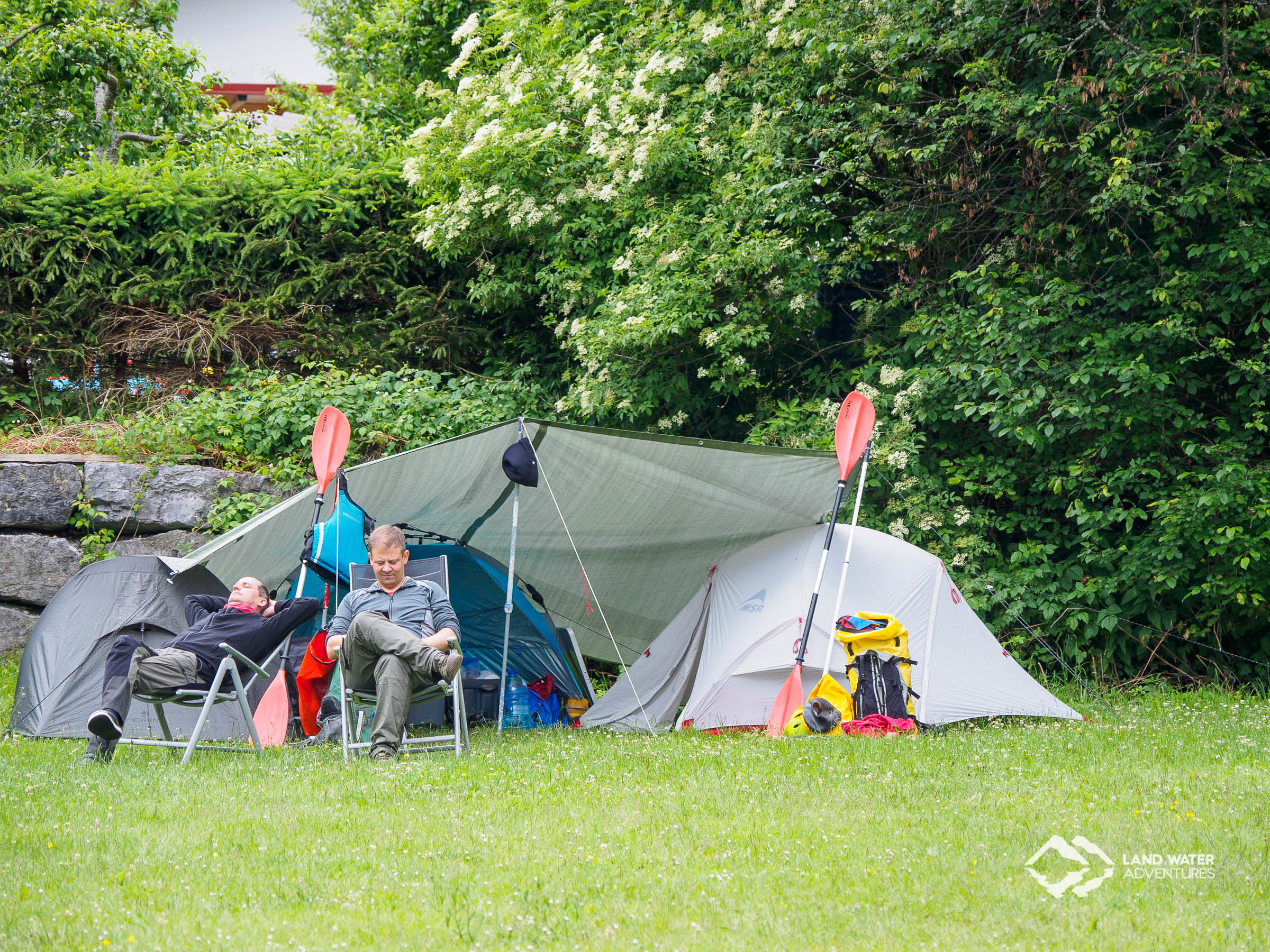 Freestyle Bavaria firmly in the programme:

For beginners and also those who have paddled with us before, but want to get to know some new rivers!