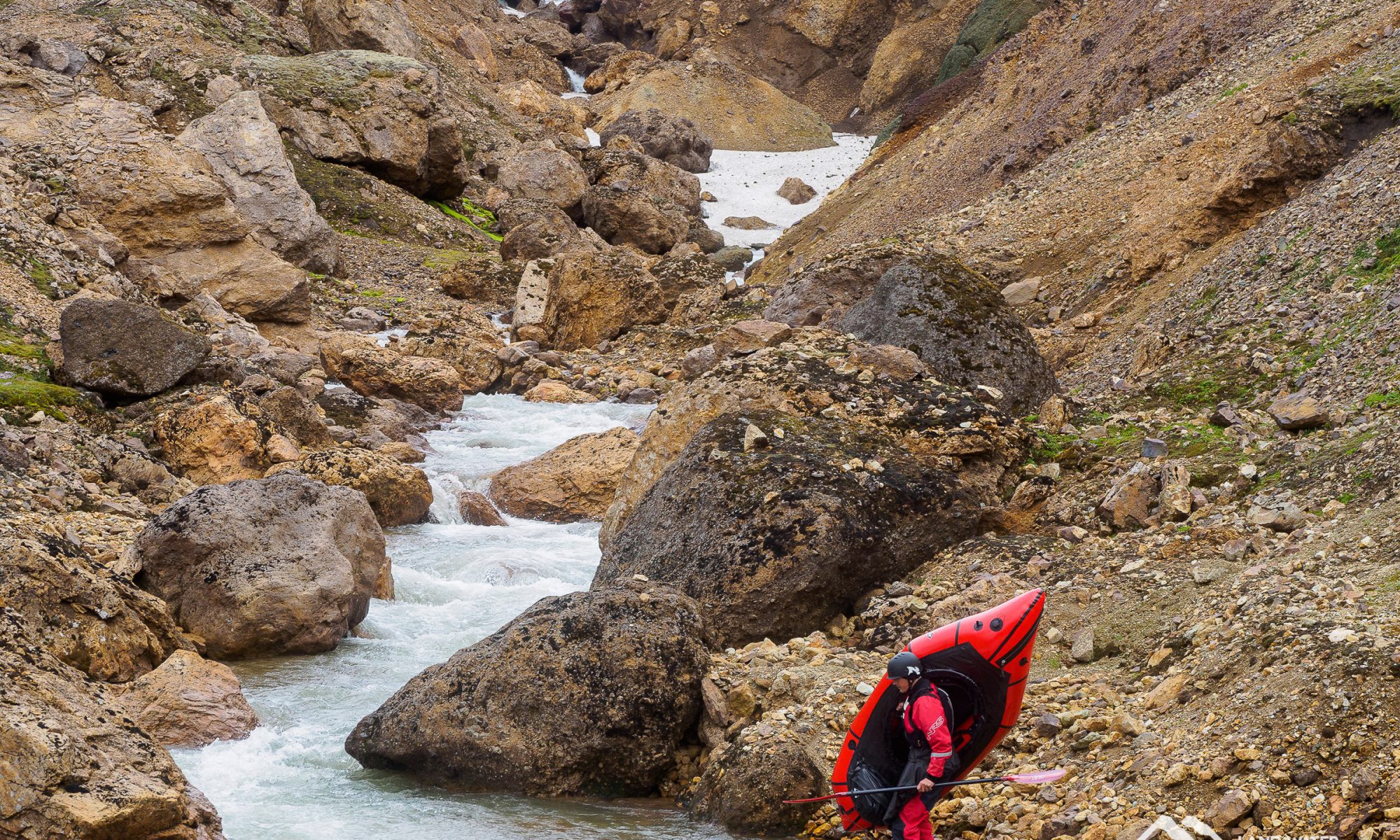 And again it is unusually warm for the start. And - even more unusual - calm. Since 2016, however, for the first time again little pests buzz around us on our first steps through the lava sand.

On a similar route to the one we explored 2018 we start the 7 self-sufficient days on Iceland and are soon caught by the silence the so-called Superjeep left behind when it returns without us.

As is typical for Iceland, much will be different on the next day than on this first day. We are wrapped up in everything we have with us, hoody over our heads and cold hands, sitting in the packraft and trying to paddle ourselfs warm into the fog.

Almost 6 days lie ahead of us in completely different landscapes, between colourful sulphur rocks, rushing brooks, whiteout on snow fields, grandiose views, storm in the night and sunny views of a waterfall, and we hope the pictures tell a little about it.

The feeling of such days, this feeling of being on the move on this unusual island, cannot - again and again - actually be captured in pictures. We try it with this gallery anyway.

But if there was a picture, and a story that describes why you never know the way on Iceland, even if you have already gone it, and why Iceland should not be underestimated, then it is this: 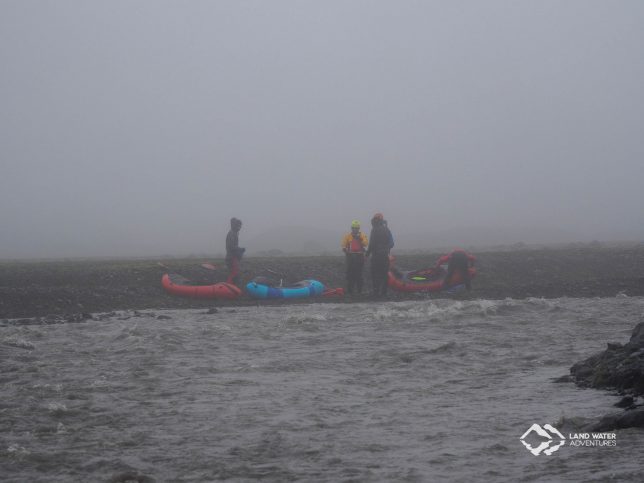 It was created around 5 p.m. on the fourth day on the road. Behind us there are already almost 15 km on a very nice river in not so nice weather, 10 km crossing a lava field in fog and wind and several rivers on foot. In front of us lies one of the few wind-protected places of this plain in 700 m as the crow flies, but the river at which we stand had clearly too much water to be crossed on foot.

So, in this weather, we took the packrafts out and built them up for the second time in one day and at the end of a long day we did a challenging river crossing.


Sebastian, leader of the expedition and basically satisfied as long as there is enough water and chocolate. More about Sebastian can also be found here.

By 2020, we'll be out of Iceland for a short time. But from 2021 on we will hopefully be lucky enough to be back in the lava fields with a group of adventurous Packrafter.

One Reply to “Packrafting Expedition Island 2019”

This website uses cookies to improve your experience while you navigate through the website. Out of these, the cookies that are categorized as necessary are stored on your browser as they are essential for the working of basic functionalities of the website. We also use third-party cookies that help us analyze and understand how you use this website. These cookies will be stored in your browser only with your consent. You also have the option to opt-out of these cookies. But opting out of some of these cookies may affect your browsing experience.
Necessary Always Enabled

Any cookies that may not be particularly necessary for the website to function and is used specifically to collect user personal data via analytics, ads, other embedded contents are termed as non-necessary cookies. It is mandatory to procure user consent prior to running these cookies on your website.